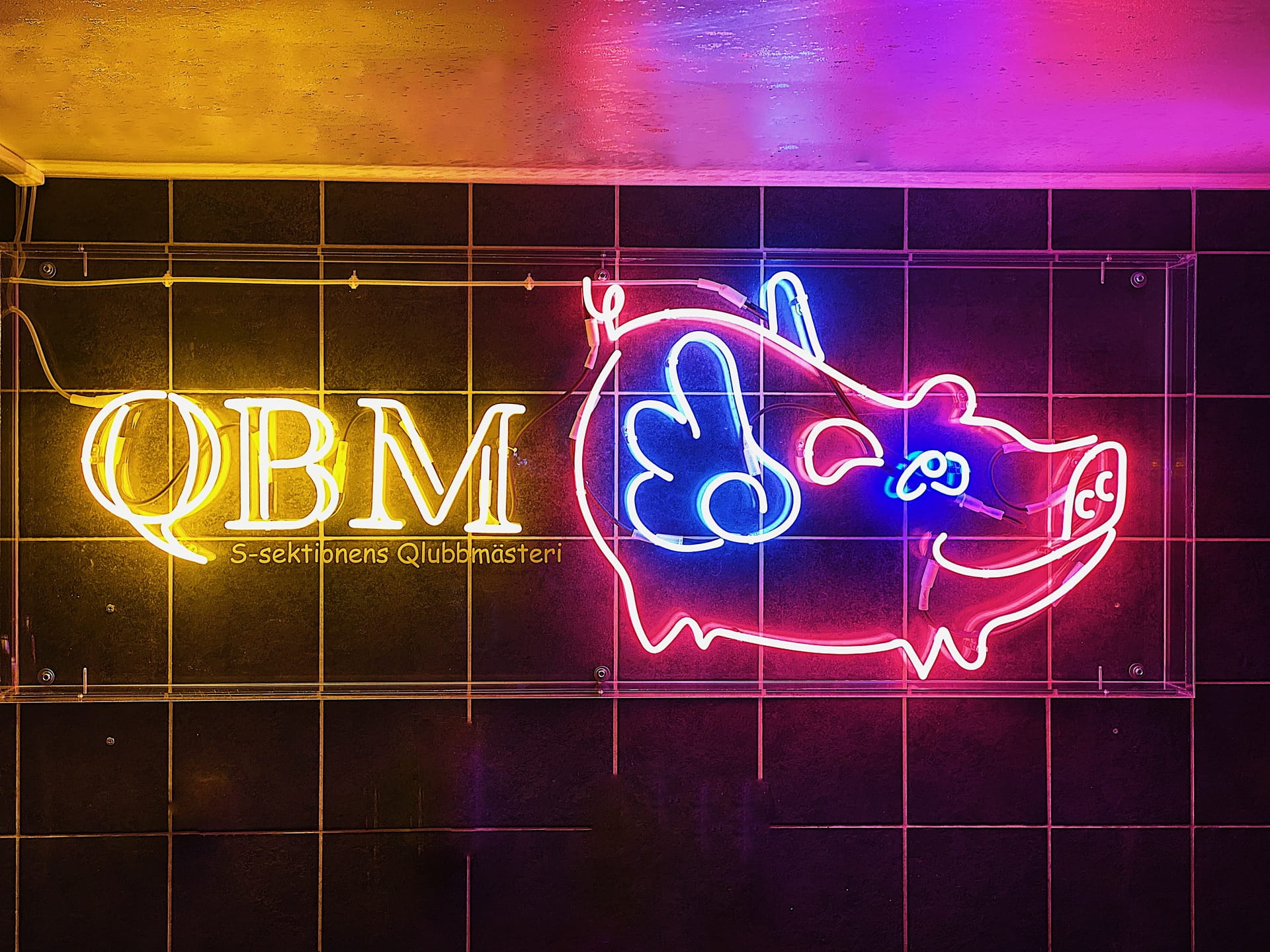 Qlubbmästeriet QBM started at the same time as the S-section was formed in 2003. Members and traditions from the ancient but now closed Qlubbmästerierna at Lantmäteri and Väg o Vatten built up this new party fixer group. Now that QBM has been around for a few years, the S-members have increased in number and thus S-traditions have been created, some are completely new, others are variants of old goodies.

We in QBM consist of around 30 active members and several old members who share their experiences. QBM organizes the section’s exam pubs, n0llepubrundan, Herr- och Dammiddagen and several other top parties that make studying a little easier. Our favourite artist Anki Bagger is not often played on the dance floor, but all the more often when we rig the section room oaSen for a party night and when we ourselves party at an internal party. Every year new happy QBM members are chosen and from time to time the old members are celebrated out.